The Genius of Courting Clients

This week's money making idea isn't mine, and it also doesn't come from Nate's or Jon's impressive brain. They heard this idea at LessConf back in April from a guy who works for a large DNS management company. He told them that he writes long, personal, and goofy emails to prospective clients.

"But people don't read long emails," you might be thinking.
"And people don't like to be stalked online."
"And you have to be uber-professional when you're reaching out to high-dollar clients. Being funny can only get you so far."

Until I heard the DNS guy's stories, I would have agreed with you. The email equivalent of a cold call would seem like a long-shot.

Yet the guy had landed huge contracts this way.

And the more I delved into the concept, the more punch-me-in-the-face obvious it became.

When Nate, Jon, and I taught a workshop called Freakishly Profitable at ConvergeSE last week, I decided to poll our studio audience. Who had done something similar? What had happened?

Only two people had tried it.

One guy landed a MAJOR web development project for a high-profile U.S. government site after reaching out to a company that builds submaries.

One gal sent feedback to a company about some trouble she had on their site. She also made sure to mention how much she really liked their service. Someone at the company later saw a blog post that she had shared about research techniques and contacted her about doing some usability tests for them in trade for some site credits. Hooray! 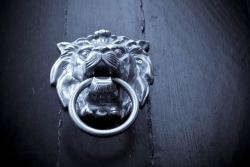 She conducted the test and gave them feedback that they sent around the company. Several months later they advertised for a research position and asked if she'd be interested in working for them!

This sample group of two is rather small for a proven money making idea, but still...100% success?!

So how do you go about doing this? Here are the first two steps:

Now that you've got your ammunition, you can shoot directly or indirectly.

The DNS guy took this tack.

Connect with a decision-maker via Twitter. Or upgrade to a LinkedIn Premium so that you can message people you don't know. Or use a Google search to dig up an email address.

When you write the email, start by affirming what the organization is doing well. Put your recommendations at the end in a bullet-point list. Don't ask them to hire you (which might come across as needy or cocky), but instead tell them that you love what they do, and that you don't want to see [insert weaknesses here] get in the way of people supporting an awesome brand. Then, give away your recommendations for free—no strings attached.

Give it a week or so, then follow up. Then follow up again. Keep being helpful until they ask if they can hire your or tell you to go away.

You can also do what several designers have done, which is create the designs and then post them on your blog.

Dustin Curtis thought the American Airlines site was the internet equivalent of roadkill. So he called AA to the mat in this blog post, complete with a redesigned home page. The result?

A UX designer at AA wrote him back.
The UX designer got fired an hour later.
And the whole story got picked up by Fast Company.

The controversy that Dustin's blog posts generated has been good for his notoriety. Dustin has over 43,000 followers on Twitter and an insanely popular blog.

You can also do what Canadian artist James White of Signalnoise does and simply create tons of rad stuff. Not only do you get to showcase your talents, but you also fill your portfolio with work that you care about.

For example, James started illustrating movie posters for his favorite films. Obviously, the production company for the original Karate Kid wasn't around to hire him, but Canon did. (Yeah, the camera company.)

Not to shabby, eh?

At the heart of courting clients successfully are two attributes: generosity and audacity.

What are you waiting for? An easier money making idea?

Prev: Lesson #2 - Know Your Profit Margins and Other Key Business Ratios
Next: Sell Smiles and Rainbows