In 279 Days to Overnight Success, Chris Guillebeau calls them “vampires.” In The War of Art and Do the Work, Steven Pressfield calls them “the Resistance.” When I released Melting Chocolate Kettles back in 2010, I borrowed one of J.K. Rowling’s nastier creations from the Harry Potter series to describe them: Dementors.

Are critics so different?

Most of the critics I have met were frustrated artists: the choir director who couldn’t hack it as an opera singer; the arrogant fiction writer who never had anything positive to say about other people’s writing; the businessman from D.C. who shot down every marketing idea without proposing a better one.

At different times in our lives, they have different titles. They may be parents, teachers, coaches, boyfriends, girlfriends, friends, strangers, colleagues, co-workers, bosses, and business partners.

Perhaps the most difficult part of bypassing critics is recognizing that they are often people we love. In early 2011 I was training for a marathon, and my wife and I were in Nashville for a weekend, visiting my family. I had a sixteen miler on Sunday morning, and the night before, we were sitting around talking about this and that when my dad made this remark: 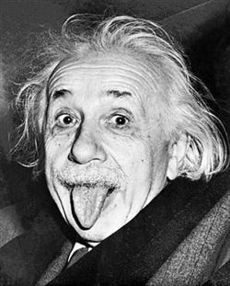 My dad is a good man, for whom I have a great deal of respect. We are close. But that isn’t the thing to say when your son has already injured himself twice training for marathons and he is waking up to a long run and the prospect of getting hurt again.

The good news is that I ignored him, finished the run, uninjured, in record time, and said to my dad with some “feeling” on Sunday night: “Clearly Churches are runners if we want to be.”

But the story isn’t over yet. The day of the marathon, my wife Megan and my parents popped up at random places along the course to cheer me on. They met me at the finish line, and my mom said, “That was fun! You should run another one.”

The only way to prove to your critics what is possible is to go do that thing: plan an around-the-world trip. Start a new business. Quit your job.

I’m not saying that people’s words won’t hurt. You’ll feel angry, confused, and sad all at once. You’ll want to rage with elaborate arguments justifying your dream or chosen course of action. You’ll want to defend your integrity and your intelligence.

Don’t waste your breath. You’ll just come across as defensive and impetuous. After all, you can’t describe ice to a jungle dweller. If you take big risks, then you’re working from a totally different frame of reference than people trying to minimize risk while maximizing comfort and safety. Their paradigm frames you as a lunatic, a charlatan, or a dimwit.

History forgets critics. You should forget them too. History remembers innovators. Join some miracles.